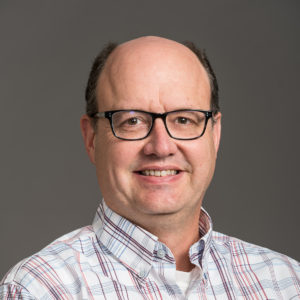 Peter Hartmans is the Executive Minister in Canadian Shield Regional Council and Shining Waters Regional Council. Peter has been ordained for twenty-five years and served on staff at Hamilton Conference for five years as Minister for Faithful Public Witness and six years as Executive Secretary. Previously Peter ministered to Palmerston United Church and two congregations in the United States. Peter grew up in Toronto, but has also had the privilege of serving and living in various rural settings. He has been married to his partner in life, Alice, for twenty-six years. They have three children; their daughter Erin and elder son Sam, have recently finished university and their youngest son Ben recently started university. Their home is in Guelph. Peter attends Dublin Street United Church.

< Back to All Staff