Free Webinar: Lessons and Legacies of the Holocaust 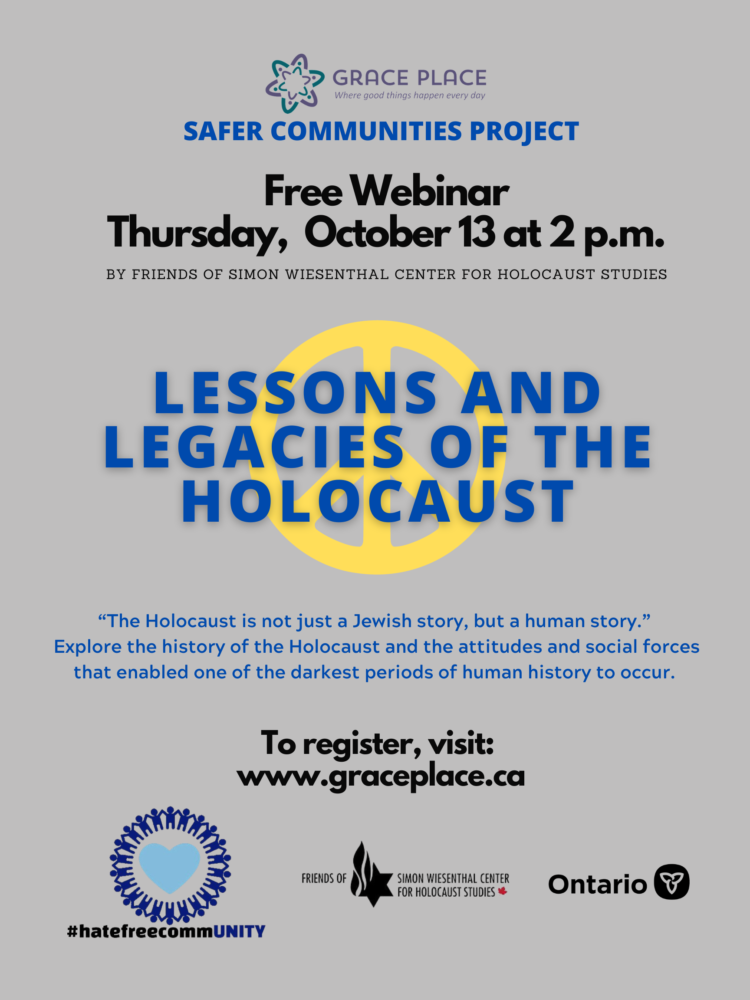 Lessons & Legacies of the Holocaust Thursday, October 13 at 2 p.m.
By Friends of Simon Wiesenthal Center for Holocaust Studies

“The Holocaust is not just a Jewish story, but a human story.” Explore the history of the Holocaust and the attitudes and social forces that enabled one of the darkest periods of human history to occur.

Elena Kingsbury has been an educator with FSWC for the past 4.5 years and has taught thousands of students across Ontario – in classrooms and auditoriums, at our Centre, and on the award-winning Tour for Humanity mobile classroom. Elena loves to teach individuals of all backgrounds and abilities and has helped develop many workshops and FSWC events including Freedom Day, Speaker’s Idol, and our National Policy Conference on Holocaust Education. In January 2020, Elena relocated to our nation’s capital and has opened a new access point to FSWC programming in Ottawa and the surrounding communities of Eastern Ontario. Her love of history and curiosity about the wider world began at a very early age. As a child, the majority of Jewish people she knew were survivors like her maternal grandparents who escaped Prague for Denmark in 1939. This personal connection started Elena on an academic path that would lead her to Montreal and McGill University where she completed her M.A. in History in 2014.