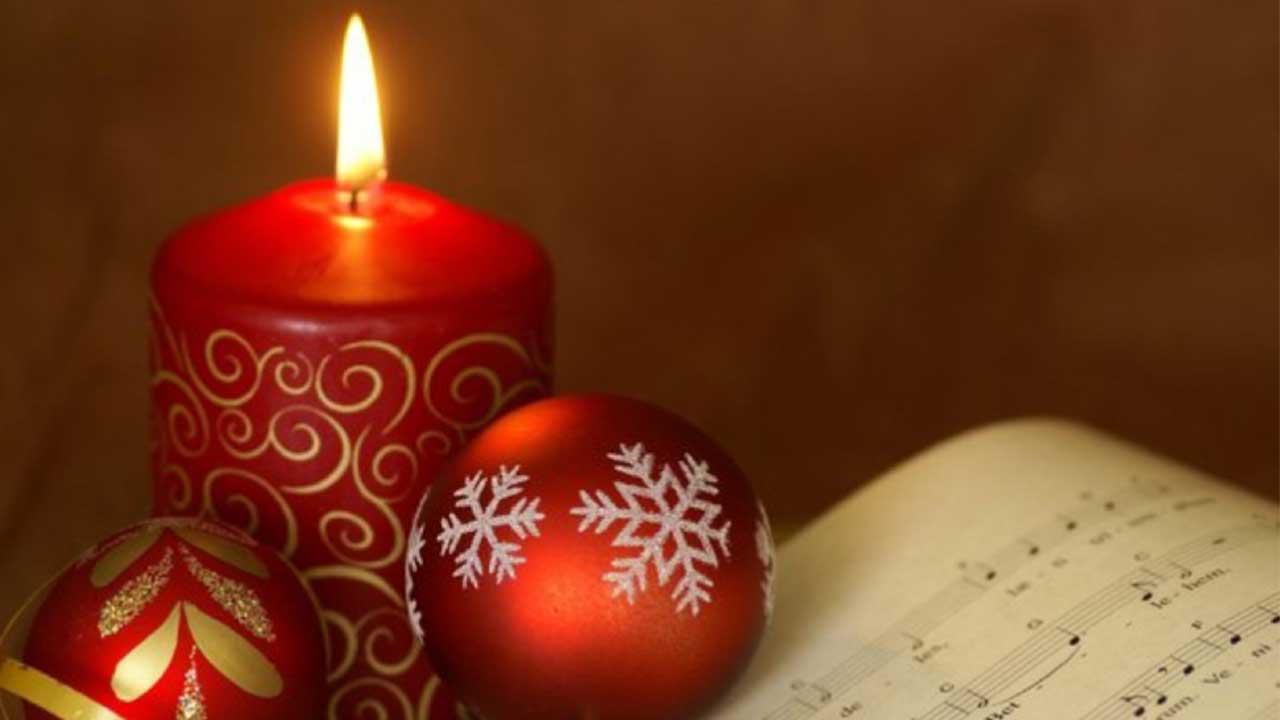 This year’s season of song will be remote but relevant. Choirs across the region are offering the gift of gorgeous music—virtual and pre-recorded—as a healing balm in these hurting times.

For many of us, Christmas and choral music are deeply intertwined, part of the sensory fabric of the season. For as long as I can remember, my mother has sung soprano in several community choirs, so some of my earliest Christmas memories are of sitting rapt and glued to my pew, in magnificent cathedrals and quaint chapels alike, as haunting hymns wrapped me in a blanket of peace.

Choral music remains a sound that connects me to the sacred. This year, I’m grieving the chance to celebrate this season in song through in-person gatherings. I’m not alone. Now more than ever, we’re craving the familiar ritual of hearing timeless favourites sung in unison by candlelight.

This Christmas, of course, coming together through participatory music isn’t something we can do safely, thanks to the COVID-19 pandemic. In fact, it’s among one of the most high-risk activities we could engage in. With that loss comes lament. “We miss making music together and we miss the ways singing connects us to our community,” says Hilary Donaldson, Worship Music and Arts Director at East End United in Toronto. While it’s not possible to recreate the experience of in-person Christmas gatherings—and we should allow ourselves to mourn that—new musical experiments are emerging that excite me. These virtual offerings offer the gift of gorgeous sound, from calming lullabies to more rollicking tunes, as a healing balm in these hurting times.

Among them is East End United’s Distant | Christmas, recorded in choir members’ separate homes. “In the spirit of our annual December concert, we each recorded ourselves in isolation and combined our voices to create a virtual concert experience,” explains Donaldson. “It includes some of our favourite carols, like ‘Silent Night,’ which we usually sing together by candlelight on Christmas Eve, and some new songs, including ‘To this World a Stranger,’ composed by Toronto’s own Faith D. Amour, who taught it to us over Zoom.”

Other congregations throughout Shining Waters Regional Council are also offering soulful online alternatives to their annual special carols service. Using sophisticated audio editing software, for example, music director Matthew Boutda has spearheaded a collaborative choral effort between Leaside United Church and Northlea United Church in Toronto. “It’s a large virtual project,” he says, “and quite an undertaking,” adding that he could not do it without the dedication of his bassist, an audio sound engineer, and his choristers, all of whom were enthused about offering a carols by candlelight service via YouTube this year. “The choir recorded all the music virtually, so all the carols by the choir for the congregation to sing along to,” he says. “A lot of credit goes to the singers themselves.” 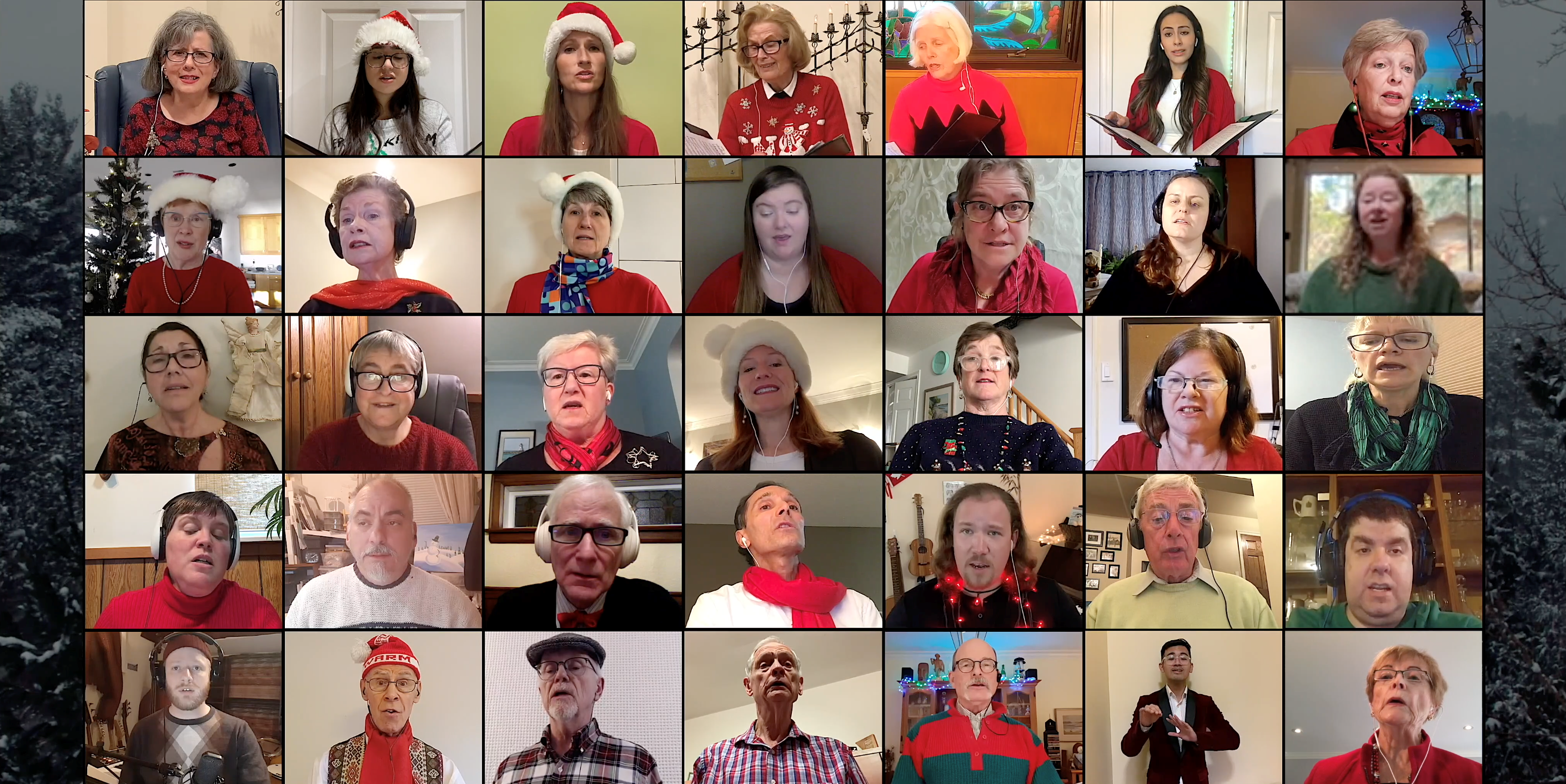 Meanwhile, in Midland, Ont., music director Victoria Warwick is planning significant seasonal projects of her own this Christmas, including a handbell choral performance of “Creator of the Stars” at night. “We are actually getting physically together to rehearse but distanced, so we bought more foam for the handbells. They have to be rung with gloves on and there’s dense foam that goes on the tables,” she explains. “So we just have more tables and more foam now so everyone can be suitably distanced; masks are on of course. We’ve been rehearsing, and to create a performance we record the audio. And then I’m listening to the audio and counting them in so everyone is ringing together while two people are recording the ringing of two in the choir. So those two people take their masks off and then we do another two and another two.” If it all sounds exhausting, consider that Warwick is also planning a cantata and a children’s musical this season—all using advanced software.

The intricate planning means that music directors, like ministers, are working overtime, fussing with unfamiliar technology so that the rest of us can enjoy the familiarity of Christmas music from home. Virtual choir apps come with steep learning curves and demand lots of patience from learners. Warwick tried to ease into virtual choral performances in the early days of the pandemic, beginning with a choir member’s solo performance of a well-known hymn: “Nothing very complicated, although it felt complicated because I had no idea what I was doing,” she says, laughing.

Boutda echoes her sentiments, observing that the ordinary compass points are missing. “We don’t have the reference of someone beside us, hearing their vibrations, that we’d have in person,” he reflects. “I also miss the kind of spontaneity you get from your choir and the back-and-forth response that you don’t really get so much virtually.” Then there is the loss of the deep sense of community that choir provides when people gather in both flesh and spirit. “When we sing together, we share a piece of ourselves with one another,” Donaldson says, “Singing creates connection; it dissolves our sense of the stranger.”

That’s not to say that community can’t happen in virtual formats, but it is distinctly different. Pre-pandemic, Leaside United Church’s choir practices incorporated a gathering around food. “Someone would always bring in snacks to share during break time,” explains Boutda. “We can see each other on Zoom but we can’t enjoy each other’s snacks! It’s the social or community aspect that the choir misses.”

But interestingly, as choirs move into digital frontiers, their communities are expanding to include new people—including those from outside church settings. The choir at St. Paul’s United dubbed itself “St. Paul’s and Friends” after realizing that it was no longer limited by geography. “It’s a thing,” says Warwick. “It’s growing. We keep getting new members. We have a choir member in Vancouver. People in Midland, Penetang, Vasey, Wasaga Beach. Someone who recently moved to town who thought she’d become involved.” In Toronto, too, church choirs are moving beyond the walls (even the virtual ones) of the church itself. “What’s interesting about these projects,” Boutda notes, “is that we’ve gotten more choir members from the community at large. Some of them may have been singing in community choirs before, but due to COVID they couldn’t perform in Toronto, so they saw this opportunity to take part virtually.”

There are other benefits too, says Warwick, who calls herself as the “pandemic silver lining girl.” Among them are a strange kind of efficiency—sopranos, for example, can work on their lines on mute while the director works simultaneously with the altos—and no missed lines or cues. When it comes to her congregation’s annual children’s musical, Warwick is delighted at the thought that this Christmas, kids speaking too softly or forgetting their words won’t result in plotlines being lost on viewers: “I’m putting subtitles across the screen,” she says, “so it’s like watching a foreign film!”

What about the diehard choral fans like myself this year? Will we be able to put aside our misgivings to welcome these virtual offerings into our lives? I hope so. I let go of my skepticism long enough to take in some of the many performances, and I was deeply moved. My advice: prepare for a lovely evening at home. Do something to centre yourself—light a candle, clear out the kids, get cozy, and then delight in a feast of sound. We may live in a culture of distraction—and digital formats too often encourage that—but this is music that deserves to be savoured. 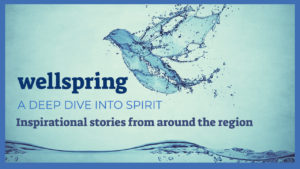