When I was working at my aunt’s Philippine and Chinese variety store, a young man asked, “Do you sell love here?” I replied that no one can purchase love for it can only be freely given and received. Then, thinking that he really came in to buy something, I asked whether “Love” was a brand name of a product he wished to purchase because I didn’t recall us having that in stock. He was just a kid.

He ran away without buying anything. 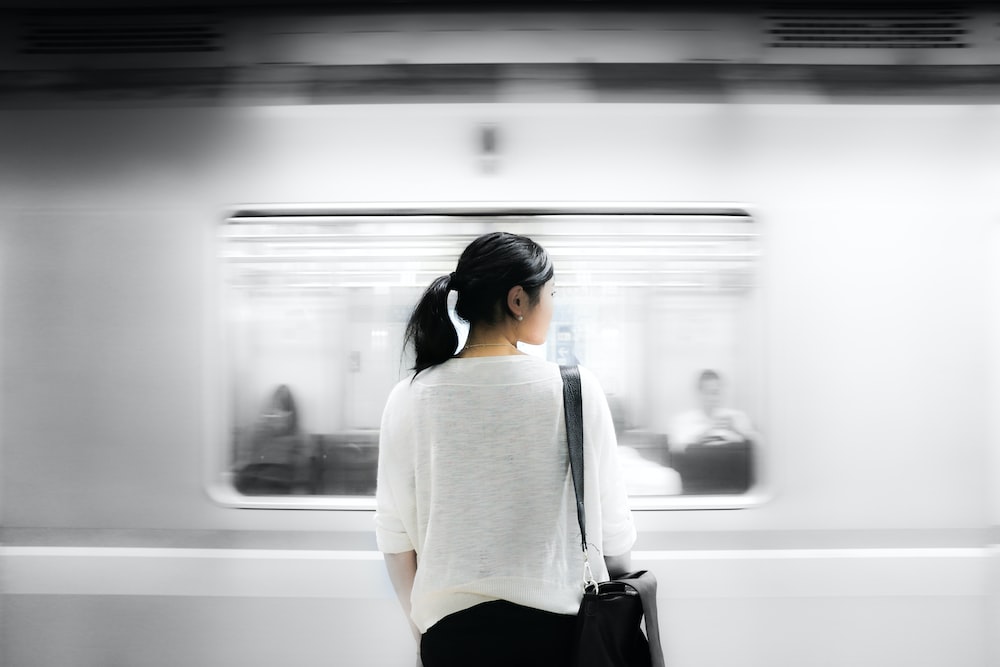 When I walked arm-in-arm with my husband on the esplanade, I saw the stares, the knowing glances. “Miss Saigon syndrome,” I heard it whispered. Miss Saigon was a contemporary adaptation of “Madama Butterfly,” an opera by Giacomo Puccini adapted from the short story “Madame Butterfly” by John Luther Long, an American lawyer influenced by Pierre Loti’s 1887 novel, “Madame Chrysanthème” and the recollections of his sister Jennie Correll, a Methodist missionary wife in Japan. I wanted to scream back, “I am not Miss Saigon!”

And my husband admonished me to tell him where I was from.

When I was in the market playing with my firstborn child while we wait for their father, a woman sat down for a friendly chat and asked if I will work for her as a nanny for her children. “You look really loving to that child,” she said, “I’m sure I can pay you more than your current employer.” Then she stopped, as she looked up to see my husband with the groceries who asked who my friend was. I replied, “Oh, just someone interviewing to be my next employer.”

Before meeting my husband, I was on my first Supervised Ministry Education away from home and I had to work with a man who had visited Japan and had warm-hearted memories of “Oriental Massage.” He kept asking for an “Oriental Massage.”

When I was working at my aunt’s Philippine and Chinese variety store, a young man asked, “Do you sell love here?” I replied that no one can purchase love for it can only be freely given and received. Then, thinking that he really came in to buy something, I asked whether “Love” was a brand name of a product he wished to purchase because I didn’t recall us having that in stock. He was just a kid. He ran away without buying anything.

All these came to mind when I heard of the shooting in Georgia. Apparently, the shooter was very disturbed by sex and was getting rid of women he saw as prostitutes. Most of his victims were Asian.

Sex and prostitution. The Bible has many stories, and mixed messages, about sex and prostitution. Abraham pimped his wife Sarah in order to protect himself. He also abandoned Hagar and his firstborn son in the wilderness with a skin of water and a loaf of bread. Dinah, the Canaanite woman, was raped by Shechem. Judah’s daughter-in-law, Tamar, disguised herself as a prostitute so that her father-in-law will give her a child. Deuteronomy 21:10-14 addressed the sexual privileges of the winning warrior toward the enemy woman as booty. Rahab the prostitute, was spared because she hid the two spies from Shittim sent by Joshua, son of Nun. When Esther becomes queen, her cousin Mordecai told her to initiate sex with the king in order to save her people. We must also remember Judith with Holofernes and Jael with Sisera who both used their sex. Ruth, the foreigner, “uncovered the feet” of Boaz who was lying down at the threshing floor.

Many Biblical stories should resonate with people of faith to make a statement about this shooting, among them is that of Jesus asking who should throw the first stone at the woman caught in an unlawful sex act. And then there is the story of the Canaanite woman who Jesus called a dog and who corrected him. Just like the Canaanite woman who was called a dog, Hagar was simply Abraham and Sarah’s baby machine. And when Sarah bore her biological son, Hagar was discarded. But God listened to her. God argued with her. And God led her to the waters of Zamzam and promised that she will be the mother of a great and mighty nation. No woman is a dog. No woman should be erased.

After hearing about the shooting, I began to grieve and was unable to concentrate. It gave me pause because I have dear friends who work in nail salons and massage parlours.

This is happening in the midst of hateful cacophony against China and the people of China.

For those of us who are not Chinese but who to white eyes look Chinese, we are also subject to this hateful cacophony. If you want to stop this hate, a good place to start would be to stop the hatred against China coming from our government and the media.

Butterfly, a group formed by sex workers, legal and health professionals who provides support and advocates for the rights of Asian and migrant sex workers shares the grief and calls for justice for the killing of these eight persons.

I grieved for the 21-year-old man, yet still a boy, who got a gun, travelled great distances, targeted people working in nail salons and massage parlours — where did he get that rage? that anger? to eliminate — to kill? Did he fancy himself a brother to Dina? Just a bad day? — thinking he was simply eliminating his perceived addiction to sex and that people who look like me are what caused his addiction. So, he killed them to eliminate temptation.

I felt that he shot me too.