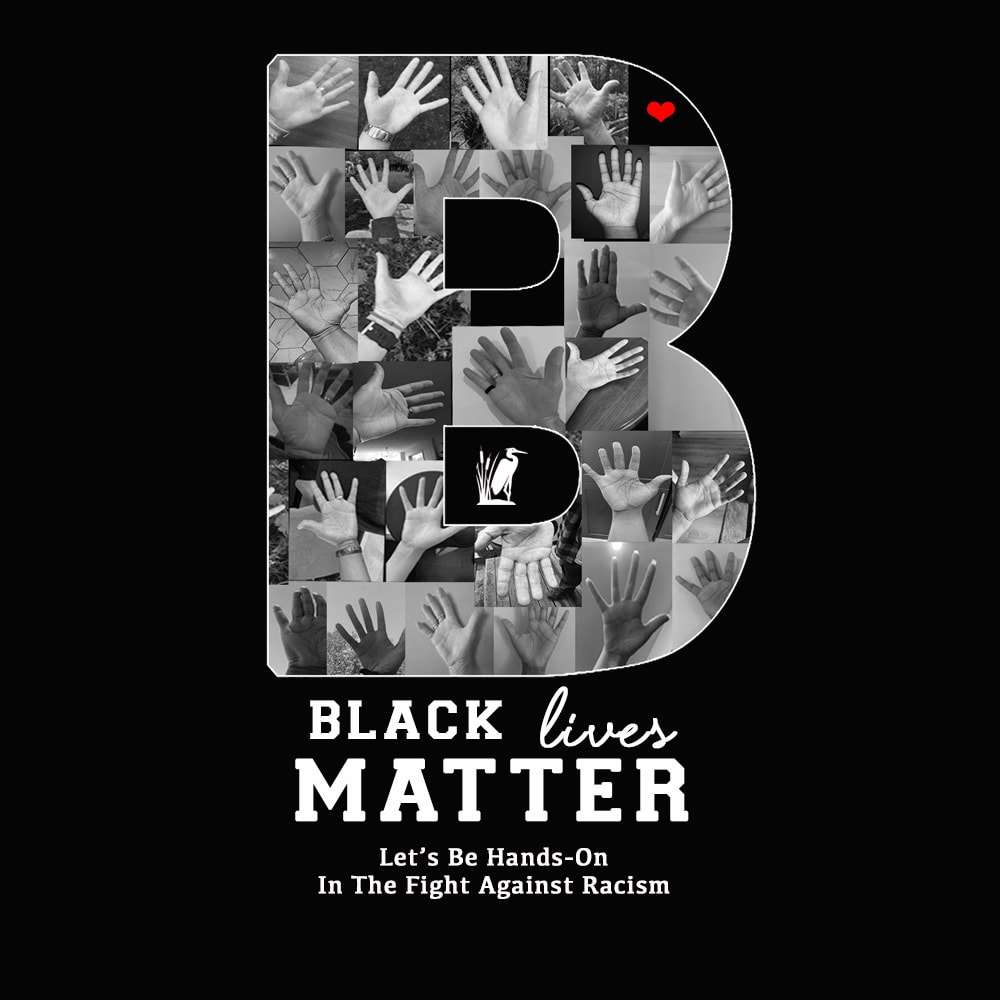 This image was designed by Melody O. and Dre O. with hands from staff at Camp Scugog to display the diversity represented in our community, and to show that we are unified against the injustice against black people.

I want to tell you about a very special place, a United Church camp located just outside of Toronto called Camp Scugog that truly embodies the importance and benefits of creating a diverse and inclusive space. Camp Scugog serves kids affected by poverty. Most campers are involved with Children’s Aid Societies, shelters and school boards, and many are living in single parent households. Camp Scugog is so special because in my opinion, it has built a model of inclusivity that can help serve as a blueprint for everyone.

My name is Lamar Edwards. I am a 24 year old black man with mild autism, and I’ve been attending Camp Scugog for 14 years.

I started as a camper in 2006 and went back every summer until I was 15 after which I joined the camps year-round Leadership Program.  I could not have anticipated how amazing it would be, and how much it would elevate camp to a brand new level. For one of the first times in my life, I felt like I belonged.

Before this program, I did not see myself as that great. But after that summer, I realized I am important. I did a lot of cool things like learning first aid, embarking on a canoeing and hiking trip through Algonquin Park, and I did a lot of swimming lessons. One thing I was taught in the Leadership Program was that everyone deserves appreciation and respect regardless of skill level. This was new to me. One way I felt this was during our daily swimming lessons where we were working towards our Bronze Medallion and Cross. I would always finish swimming lengths after everyone else, but I never felt like I did a bad job. Ever. Even though I knew that I wasn’t as good of a swimmer as most others, it didn’t matter because I was embraced and encouraged anyways. Trying hard and showing up was always the most important.

At Camp Scugog, programs are created to help everyone feel included and important. Every day in the Leadership Program, campers gather for “circle time” where we talk about important life topics that can be hard to discuss, especially as a teen. It’s during these conversations that we began to break down barriers, pick apart stereotypes and accept each other for who we are. As a black person, Camp Scugog is the perfect place to know that the color of your skin shouldn’t dictate whether you feel valued or not.

I am very heavily involved in my church ministry. One thing about ministry that I hold dear is that it shouldn’t be limited to the four walls of the church. And the impact of Camp Scugog is not limited from June to August. Outside of the summer months, Camp Scugog runs a year round Leadership Program where we do fun day trips to places like SkyZone and Canada’s Wonderland. But we also spend time learning new skills, and most importantly, we keep the camp connection alive year round. When I was a teen, I thought the year round program was just for fun. It wasn’t until recently that I found out just how important this program really is. It was created to keep teens engaged in a positive community, making it easier for them to become staff and dream bigger than the oppressed environment they live in. This is just one of the ways Camp Scugog works hard to hire from within our own community which is important because it ensures staff look like, talk like, and are culturally alike to the campers we serve.

It means that when I was a camper, I had many black counsellors. I can’t begin to tell you how important that was. As a black man, I hadn’t really (and still have not) had people with authority over me who were also black. That makes it harder for me to imagine my career path. One of the only jobs I knew I’d be great at is a camp counsellor. I’d seen people like me do it and knew I could too! It was a real boost to my self-confidence.

After I finished the Leadership Program I became staff! I’ve been on staff for a few years, and am now the Archery Director. Last year, the Camp Director, Dana Leahey, invited me to speak at the Ontario Camps Association’s Annual Conference. I had assumed all camps were just like Scugog, so you can imagine my surprise when I attended the Keynote session with hundreds of other attendees and saw that the majority of people were white. It was amazing to see how much I stood out. I didn’t feel out of place, but I did feel different. Later, I found out I was the only black speaker. It was at that conference that I realized just how diverse Camp Scugog really is. 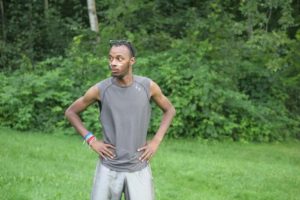 Psalms 139:14 states “I will praise thee; for I am fearfully and wonderfully made: marvelous are thy works; and that my soul knoweth right well.” God made everyone the way they are. It doesn’t matter what the color of your skin is, God made you the way you are, and you are beautiful. Camp Scugog is beautiful because of the different races and cultures represented and it’s an honor to be a part of that community. When I go there, I’m not just a black man, I’m Lamar Lloyd Edwards. And whatever community you are a part of, I hope you are seen for who you are and not reduced to the color of your skin.

This summer, because of COVID 19, we are not running a typical summer camp, but there is still a lot of programming taking place. If you would like to learn more, or donate to help make it happen, visit www.campscugog.org