A haven of hospitality 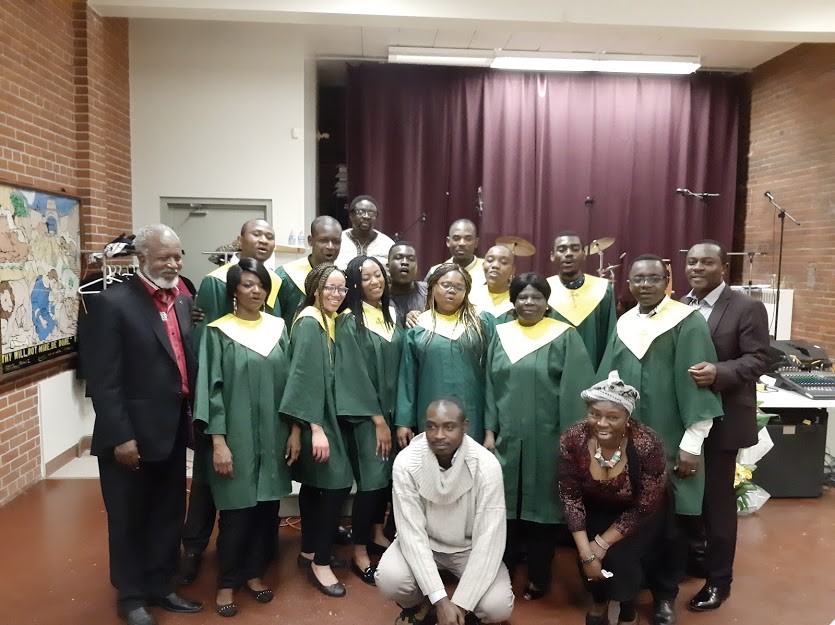 Like many newcomers to Canada, Stephen Keleko felt unmoored when he first arrived in Toronto three years ago. Originally from Cameroon, Keleko, who has also lived in France, longed to find a French-speaking community of faith he could call home. That’s when he discovered La Mission Protestante Francophone de Toronto (MPFT), the only francophone congregation of The United Church of Canada or any mainline Protestant denomination in the city, currently meeting on the upper level of Downsview United Church. There he found a second family. “We help and support each other,” he reflects. “We are a close community. We cook for each other and we care for each other.”

Amenophis Mayer, who has been living in Canada for 30 years, also values the deep care and nurture—both spiritual and social—that members of this community of faith provide. “When you go to church, it is to pray, definitely. It is to get closer to God,” he says. “But you also go to church because of the atmosphere—how friendly it is, the comradery of the people. I’ve been to churches where the people aren’t that friendly. But here, people are very friendly.”

In upholding the vibrant hospitality of their faith community, both men speak of the remarkable leadership provided by the Rev. Isaac Kamta, who spearheaded MPFT in 2016 after discerning the need for a francophone community of faith in the primarily anglophone city. Keleko recalls how Kamta took the trouble to offer him a ride to and from Sunday worship when he first arrived in Canada. “He is a good pastor,” he says. “He is very jovial and easygoing,” adds Mayer. “People feed off his energy.”

Kristine Greenaway was working in the General Council Office in 2016 when she first met Kamta, whom she describes as a “passionate pastor.” In her position as what is called Responsable des Ministères en français, Greenaway’s role (she is now retired) was to support existing ministries in French and to look for opportunities to provide support for new francophone communities.

It was in this context that she met Kamta, who arrived one day with his wife, Florence Bukam, at the Toronto offices of the General Council, having recently migrated from Cameroon. “They were both extremely experienced within the Cameroonian setting, especially Isaac, with the creation of new communities within the context of the Evangelical Church of Cameroon,” she explains.

“His initial idea was that he was going to gather people in living rooms to do Bible study, but it quickly snowballed into something much more.”

The community of faith at MPFT is grateful that it did. The ministry fills a huge spiritual need for francophones, many from French-speaking African countries, who yearn to pray in the language of their heart. As a community that serves all francophones without distinction, the church draws people from a wide catchment area outside the city, with folks commuting from surrounding suburbs to join this dynamic congregation. “People really appreciate the chance to go to a French-speaking church in a predominantly anglophone community,” says Mayer.

A study conducted by the United Church at the outset of the project anticipated this need. It found that in the Greater Toronto and Hamilton area, there were up to 500,000 French-speaking people with no mainline congregations to serve them. It also noted that a large portion of these people were migrants from outside of the country, rather than French Canadians or Quebecois.

The vision for MPFT thus became an intercultural one: to offer a spiritual home for francophones of all cultures.

“There are two missions of the MPFT. The first is to constitute a French-speaking community of The United Church of Canada in Toronto,” Kamta explains, speaking through a translator. “But insofar as we’re doing that we also constitute a reference and a place of welcome for people who are coming from other languages and other cultures to be oriented within their own linguistic and cultural experience in a primarily anglophone city.”

What does that mean for the people welcomed and embraced by this community—those who are made to feel part of the family?

For someone who has just arrived at the airport from a francophone country, it means that they will be accompanied as they seek out social services in French. It might mean that they will receive lodging for the first few days or that someone in the congregation will serve as the first point of contact as they get their bearings in a strange new city, culture, and country. 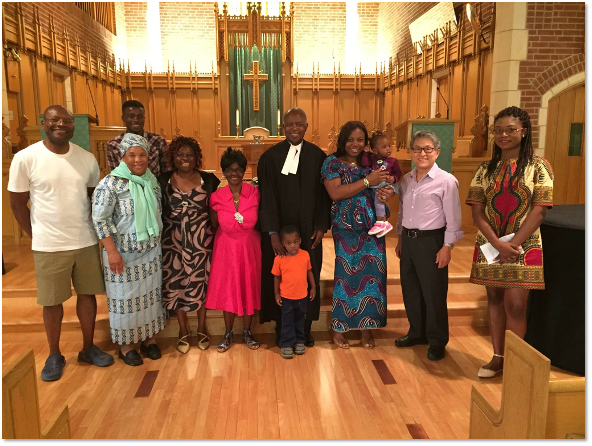 For families, it often means additional language training for children who attend an English-speaking school only to lose competence in the language of their parents. It can also mean support for couples experiencing the domestic problems that often emerge in the context of adapting to a new culture, as well as support for grandparents who provide childcare to help young families get established.

For people who are grieving the loss of a family member abroad, it means access to collective mourning rituals in the tradition of their home country. In Cameroonian culture, funerals are profoundly significant events, usually involving the entire community—so naturally, they’ve become a crucial part of MPFT’s outreach. “We are really far from home,” says Keleko, “and when you lose your father or your mother, or when a loved one passes away, the church is there to provide support for that period.”

“This is a gift to the church,” says Greenaway of the congregation, which is allowing The United Church of Canada to live out its identity as a French-speaking and intercultural denomination in Canada. “Their gift of ministry is clear.”

It’s clear not only to members of the church, but also to visitors.

Greenaway recalls being a guest preacher at MPFT when a Radio-Canada television crew was there gathering material for a program on services for francophones in Toronto. She thanked them afterward for their patience, as they had stayed for fellowship hour and conducted several interviews. “They looked at me,” she remembers, “and said, ‘This has been a privilege for us—to participate in this, to witness this.’”

It is no exaggeration to say that all those whose lives are touched by an encounter with this vibrant community are indeed privileged.

Update: In the COVID 19 pandemic MPFT has been gathering their community virtually on their Facebook page.  As a part of their larger vision, MPFT is in the process of becoming a pastoral charge of The United Church of Canada with support from La Table des Ministères en Français  and Shining Waters Regional Council.